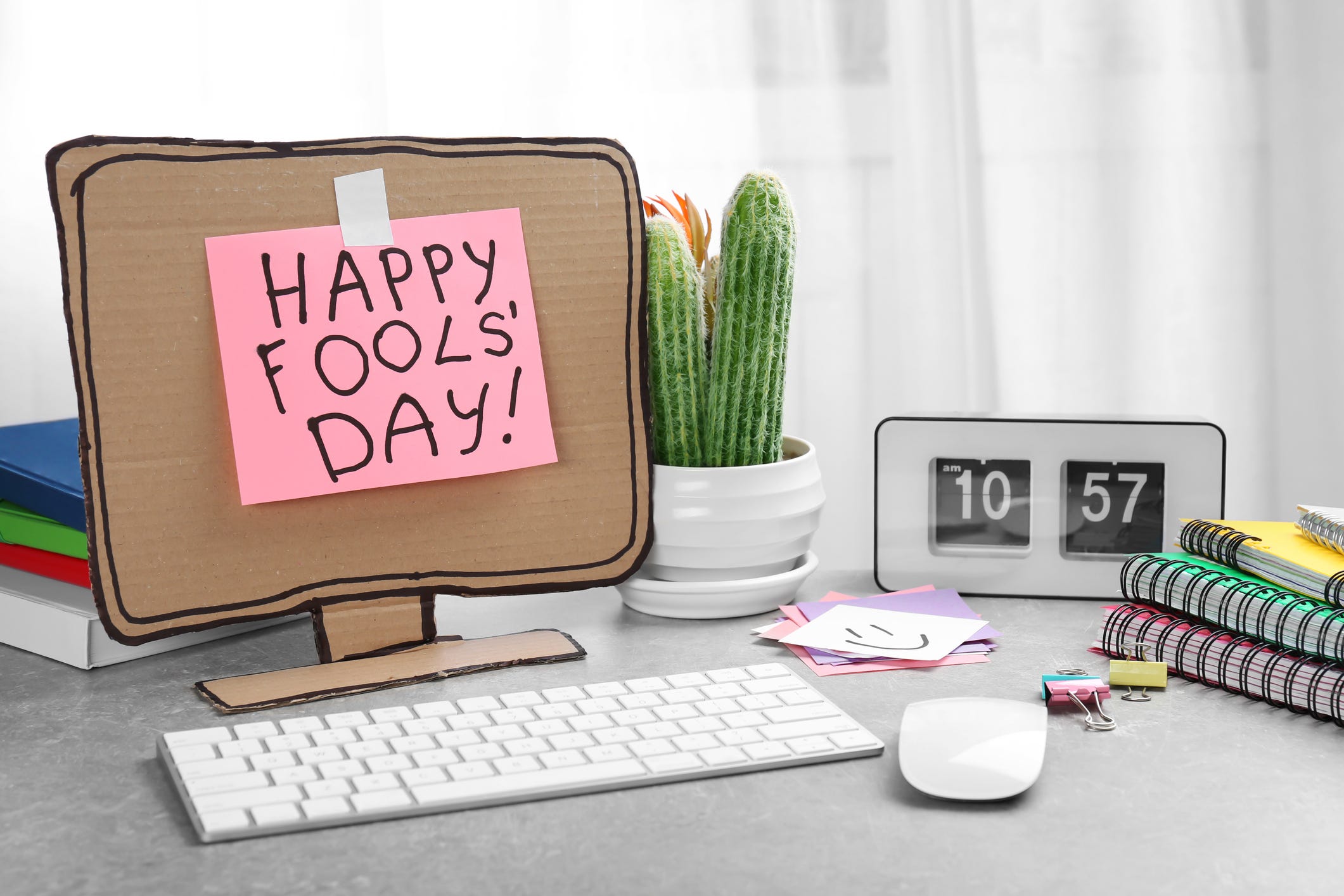 So, our first blog post is on April Fool’s Day. After thoroughly thinking of what should be our first post, we bring you the history of April Fool’s day and some fun facts, enjoy!

Happy April Fool’s Day! Finally, it’s that day of the year when we can openly call our friends, parents, boss or colleagues ‘fools’ and can play a healthy and funny prank on them. Talking about the origin of the day is still uncertain, however, according to historians, it is believed that the day dates back to 1582 when France switched to the Gregorian calendar. Those citizens who were unaware of this change were termed Fools as they kept celebrating April 1 as New Year. So ever since then, every year on April 1, we observe this day globally with great zeal. Check out some funny and hilarious wishes, jokes and messages that you can send to your friends and colleagues through Happy April Fools’ Day 2021.

The uncertain origins of a foolish day

April Fools’ Day, sometimes called All Fools’ Day, is one of the most light-hearted days of the year. Its origins are uncertain. Some see it as a celebration related to the turn of the seasons, while others believe it stems from the adoption of a new calendar.

According to HISTORY – April Fool’s Day: Origins, Meanings & Hoaxes Some historians speculate that April Fools’ Day dates back to 1582, when France switched from the Julian calendar to the Gregorian calendar, as called for by the Council of Trent in 1563. In the Julian Calendar, as in the Hindu calendar, the new year began with the spring equinox around April 1.

People who were slow to get the news or failed to recognize that the start of the new year had moved to January 1 and continued to celebrate it during the last week of March through April 1 became the butt of jokes and hoaxes and were called “April fools.” These pranks included having paper fish placed on their backs and being referred to as “poisson d’avril” (April fish), said to symbolize a young, easily caught fish and a gullible person.

In modern times, people have gone to great lengths to create elaborate April Fools’ Day hoaxes. Newspapers, radio and TV stations and websites have participated in the April 1 tradition of reporting outrageous fictional claims that have fooled their audiences.

In 1957, the BBC reported that Swiss farmers were experiencing a record spaghetti crop and showed footage of people harvesting noodles from trees. In 1985, Sports Illustrated writer George Plimpton tricked many readers when he ran a made-up article about a rookie pitcher named Sidd Finch who could throw a fastball over 168 miles per hour.

In 1992, National Public Radio ran a spot with former President Richard Nixon saying he was running for president again… only it was an actor, not Nixon, and the segment was all an April Fools’ Day prank that caught the country by surprise.

In 1996, Taco Bell, the fast-food restaurant chain, duped people when it announced it had agreed to purchase Philadelphia’s Liberty Bell and intended to rename it the Taco Liberty Bell. In 1998, after Burger King advertised a “Left-Handed Whopper,” scores of clueless customers requested the fake sandwich. Google notoriously hosts an annual April Fools’ Day prank that has included everything from “telepathic search” to the ability to play Pac Man on Google Maps.

Please feel free to tell us funny stories of what you did to someone, or was done to you or what someone did to another someone (LOL) on any April Fool’s Day.

What is Micro-cheating? Are you guilty?