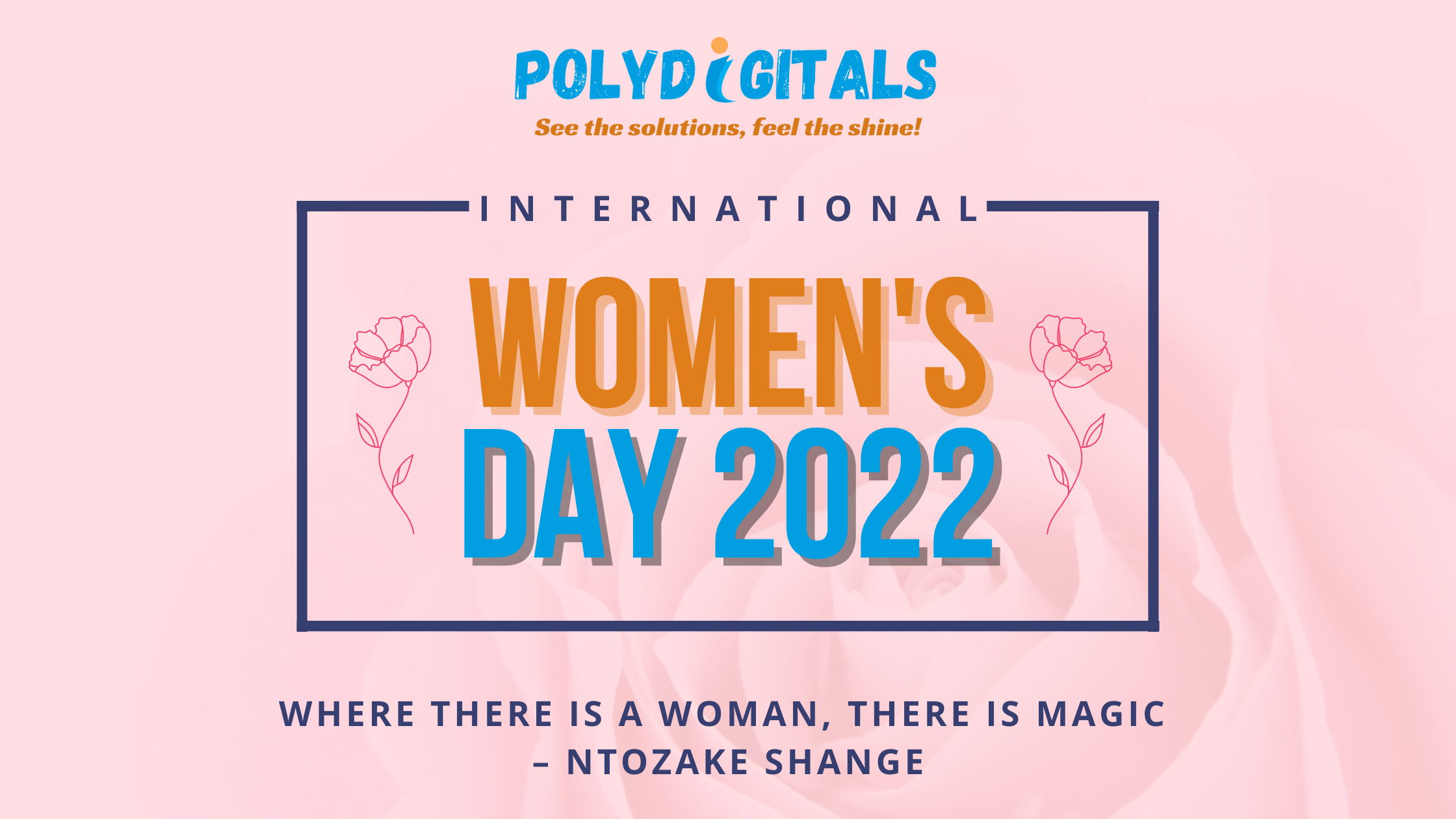 Following the celebration of the international women’s day – a global day celebrating the social, economic, cultural, and political achievements of women annually on 8th of March for over a century, here are different quotes, from different parts of the world that celebrate and inspire women.

“Every woman’s success should be an inspiration to another. We’re stronger when we cheer each other on.” Serena Williams

“Where there is a woman, there is magic.” Ntozake Shange

“A woman is like a tea bag – you never know how strong she is until she gets in hot water.” Eleanor Roosevelt

The full form of the word ‘woman’ is “world of man”. Unknown

And the LORD God said, “It is not good that man should be alone; I will make him a helper comparable to him”…  And Adam said: “This is now bone of my bones, and flesh of my flesh; she shall be called Woman, because she was taken out of Man”. Genesis 2:18-24

“Extremists have shown what frightens them most – a girl with a book.” Malala Yousafzai

“Every girl, no matter where she lives, deserves the opportunity to develop the promise inside of her.” Michelle Obama

“There is no limit to what we, as women can accomplish.” Michelle Obama

“When the women put their heads together, powerful things can happen.” Ophrah Winfrey

“A woman should be two things: who and what she wants.” Coco Chanel

“A girl should be two things: classy and fabulous.” Coco Chanel

“And one day she discovered that she was fierce, and strong, and full of fire, and that not even she could hold herself back because her passion burned brighter than her fears.” Mark Anthony

“Then one day she decided she would live for herself, and not for others, and nobody had the power to make her unhappy ever again.” Mark Anthony

“Women who seek to be equal with men lack ambition.” Marilyn Monroe

“A woman with a voice is by definition a strong woman but the search to find that voice can be remarkably difficult.” Melinda Gates

“The history of all times and of today especially teaches that women will be forgotten if they forget to think about themselves.” Louise Otto

“Women are the real architects of the society.” Harriet Beecher Stowe

“I believe that it as much a right and duty for women to do something with their lives as it is for men and we are not going to be satisfied with such frivolous parts as you give us.” Louisa May Alcott

“A woman’s guess is much more accurate than a man’s certainty.” Rudyard Kipling

“I do not wish women to have power over men; but over themselves.” Mary Wollstonecraft

“Each time a woman stands up for herself without knowing it possibly, without claiming it, she stands up for all women.” Maya Angelou

“I am grateful to be a woman, I must have done something great in another life.” Maya Angelou

“We need to live in a culture that values, respects, looks up to and idolizes women as much as men.” Emma Watson

“A charming woman does not follow the crowd, she is herself.” Loretta Young

“Women are the largest untapped reservoir of talent in the world.” Hillary Clinton

“No struggle can ever succeed without women participating side by side with men. There are two powers in the world; one is the sword and the other is the pen. There is a third power stronger than both, that of women.” Malala Yousafzai

“To all the little girls, never doubt that you are valuable and powerful and deserving of every chance and opportunity to pursue and achieve your dreams.” Hillary Clinton

“I want to be a good leader, not a lady leader. I don’t want to be known simply as the woman who gave birth.” Jacinda Ardern

“No woman should be told she can’t make decisions about her own body. When women’s rights are under attack, we fight back.” Kamala Harris

“I am not free while any woman is unfree, even when her shackles are very different from my own.” Audre Lorde

“Her courage was her crown and she wore it like a queen.” Atticus

“A woman in any form shall be celebrated and honoured, be it, a sister, wife, mother or any other form.” Unknown

A Reign of Terror by Crystal Donaville